Centre For Art Tapes has an exciting opportunity coming up!

Summer Video Academy is a summer camp experience designed to give youth aged 13-17 fundamental understanding of film and video making. They will also learn aspects and genres of production from an industry professional.

This hands-on creative project will allow youth to tap into DIY concepts and will be geared towards their specific interests, including animation, documentary and Greenscreen live-action. The five-day camp will generate a short film that can be shared with family and friends.

Check out the FB page:

THE 2014 CALL FOR INDEPENDENT PROJECTS IS NOW OPEN!

Information sessions will be held at the Propeller Brewery at 2015 Gottingen Street. 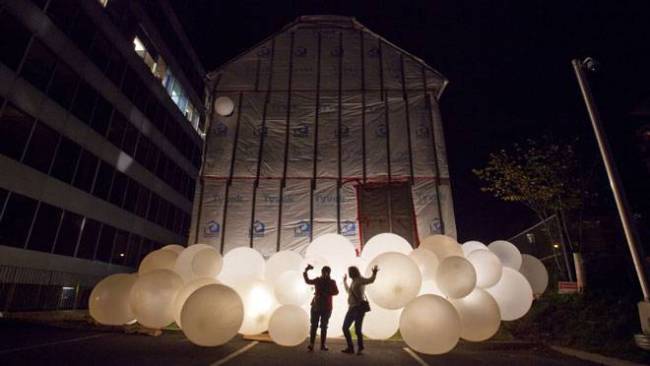 Please join us at the Academy NSCAD campus on Thursday March 13th for the first East Coast screening of The Last Drop followed by an artist talk with filmmaker Steeven K. Sampassa 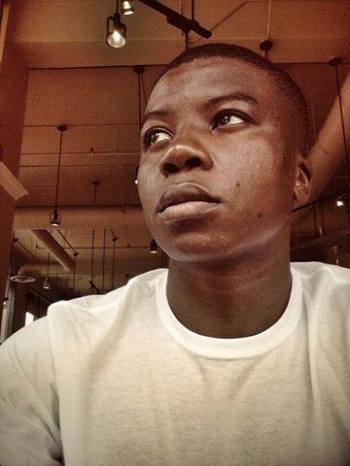 Steeven K. Sampassa is an emerging filmmaker from Ottawa, Ontario who, as of 6 years ago, began to feed his creative urge through directing and producing films including, most recently, Last Drop and Keegans Choice. As a filmmaker, he considers his work to be an ever-evolving process of artistic growth. Inspired by gothic styles and film noir concepts, his practice is driven by curiosity and creativity. It pushes him into ever-deepening inquiries on the human condition.

Progressing from poetry and short story to script, Steeven K. hopes to create a space within which the viewer is forced to re-evaluate his or her own preconceptions of the world. This filmmaker invites his viewers to set aside these attitudes and allow themselves to watch and feel first and foremost. Steeven K.’s work can be perceived as a view of society from a different angle, considering humanities true conflict with itself and with Nature.

Directed by Sini Anderson, The Punk Singer is a look at the life of activist, musician, and cultural icon Kathleen Hanna, who formed the punk band Bikini Kill and was a pioneer of the “riot grrrl” movement of the 1990s.

Proceeds from the screening will go to support Rebel Girl Halifax Rock Camp, a non-profit organization offering music-related workshops and an annual summer camp to young women who identify as female, trans* or are gender non-conforming.

2013 camp compilation featuring the hit songs from Bad Apples, MMELTZ, Psych and Fuzzy Does’nt will be available for a special price of $5 for movie ticket holders.

For more information, to reserve tickets or to schedule interviews email rebelgirlhalifax@gmail.com

New image and sound tools provided by digital technologies have and will continue to revolutionize the vocabulary and methodologies of the screen arts, the way screen arts are viewed and experienced, and ultimately, the society that has made cinema a primary vehicle of artistic expression for the last 100 years.

While NSCAD currently boasts considerable and accomplished screen and media arts expertise, the establishment of Cineflux has accelerated opportunities for exploring collaborative research across disciplines and faculties, bridging areas of specialization until now separate.

This years Cineflux Symposium, The Old New, welcomes speakers from around the world to discuss and share ideas within digital audio/visual media, architecture and design.

This year’s Cineflux Symposium, The Old New, is open to the general public at no charge. No registration necessary.

INTRODUCTION TO THE 2014 CINEFLUX SYMPOSIUM WITH KEYNOTE SPEAKER, PHILLIP BEESLEY

SCREENING: THE GHOSTS IN OUR MACHINE, BY LIZ MARSHALL

Located at 6135 Dalhousie University, McCain Scotiabank Auditorium, followed by discussion with the filmmaker. Sponsored by The World Society for the Protection of Animals Dalhousie.

Cost: Free; Open to public; Donations to WSPA accepted at the door.

PANEL: DOCUMENTARY FILM: IN, THROUGH, AROUND AND UNDER THE WEB

A full week of fun, sexy and serious events and discussions surrounding consent!

Check out the FB group for more updates on what’s going on!

“BY AND BY” NSCAD University Community Residencies Show

“BY AND BY” NSCAD University Community Residencies Show 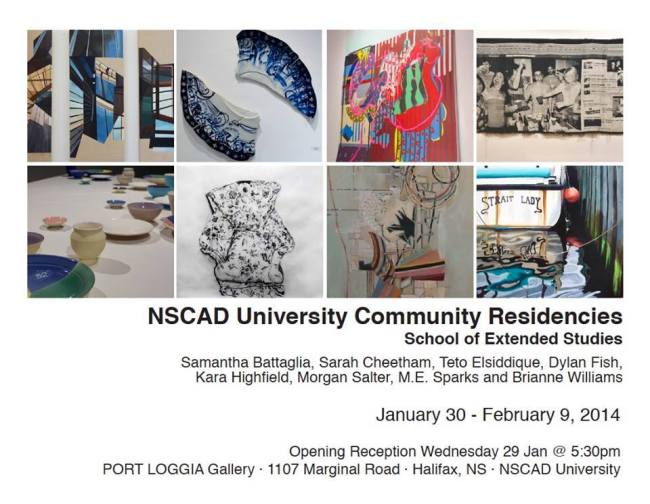 This Monday, Khyber Centre for the Arts’ artistic director Dan Joyce got a notification from HRM Events & Cultural Initiatives manager Elizabeth Taylor to leave and have no further programming at the Khyber Building on 1588 Barrington Street. The reasoning being that construction on a Starfish Properties building next door was potentially disrupting asbestos in the walls of the old building (it just celebrated its 125th birthday last year) and proved a potential toxic health hazard.

Article from The Coast: http://www.thecoast.ca/TheScene/archives/2014/01/16/khyber-arts-centre-heritage-trust-of-nova-scotia-to-be-relocated

Like your favorite song you play over and over again and again. Josie Geunther has worked with patterns in a similar way. PLAY BACK explores the repetition, isolation, and abstraction of type as pattern. The show consists of large scale screen prints, lithographs and printed matter.

GUSH journal is a response to hyper-academic and inaccessible articles and essays about sex, pornography, erotica, sexual education and sex work, presented by The Bad Bad Book Club. The goal of GUSH is to use our role as activists to challenge the epistemological status quo and to examine how knowledge about sex is created, disseminated and learned, while resisting the exclusive and inaccessible creation of knowledge. We believe that you are the expert in your experience and we want your help to make something that is badass, critical, accessible and based on lived experience.

We hope to create a space where many different people can write about pornography, erotica, sexual education and sex work based on lived-experience. Ideally, the journal will also be a forum for academics to disseminate their work to a wider audience, and in a more accessible way than they might otherwise be able to.